Everything's a season here in the good ole U.S. of A. We just got through the holiday season, which used to be called Christmas, so happy to see the end of all those "Happy, Princess Wonderland," commercials, which started I might add, back pre-halloween season! (oh and those sickening Lexus Season of Giving spots!) some one please stick a fork in my eye! no wait I mean in my ears... So we make it through Christmas Season and move right on into Tax Season and the Jackson Hewitt "This is how we do it," tax return prep commercials CRAP! every other commercial break on my favorite shows, run and re-run the same bloody bunch of idiots dancing around their office in that inane form of dance which I'm guessing is meant to appease the God's of the IRS ( I think the Greek God is called Givealltous and the Roman one is that lovely Blonde Goddess Itsmineicus) Point to mention here, Jackson-Hewitt I WILL NEVER USE YOUR SERVICE BECAUSE YOUR COMMERCIALS PISS ME OFFICUS! Oy-Vey still four months of this! 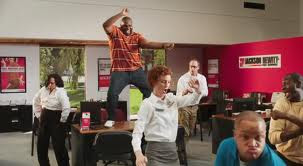 I'm sure we're also about to start seeing the marketing guru's kick off the Valentines Day campaigns alongside the Easter one! and all the while I am running my own seasonal campaign, the season for me to get off my ass and get a job. Not that I haven't been trying.
I just opened my "Job's Applied for Folder," and after sending out three applications today, it now contains seventy-six applications in the last 2 months, some I actually received responses too, but most of those were the dreaded

"After reviewing your information and our organization's needs, we will not be moving forward with your application for the position at this time.  Should our needs change, we would appreciate the opportunity to speak with you in the future." 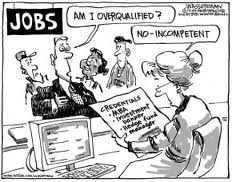 I hear the question running through some of your minds right now as you read this, "I thought you were going to make a living as a writer?" well guess what! I thought I was too, but after pulling on my big boy undies I realized that the world is full of people who think they can make a living as a writer, which, if you want to live out of the back of your truck, don't mind wearing Goodwill sweaters, drink rainwater runoff from the windshield wipers and can subsist on weeds and road kill cooked on the engine of your not so spacious accommodations you probably could make it! of course if your last name is King, or Rowling, or that chick that wrote 50 shades of embarrassment (just a little envious there!) then your version of the truck would be a rolling estate, and your agent would send you bottles of Jamesons Ultra Reserve after receiving your latest M/S, your personal Nordstrom shopper would deliver your seasonal wardrobe and Emeril Lagasse would prepare Duck A L'orange for you at the drop of a hat. 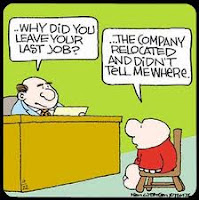 Ok, where was I going with all this? Oh yea, the season of job hunting, and why I need to shelve my fantasy of telling Lagasse to stop "BAMMING!" everywhere around my kitchen. It all comes down to benefits, benefits and the fact that I don't have that whiskey sending agent shooting over bottles of the good stuff. I need my medical benefits and this post was spurred on by the fact that I was in the middle of collecting my figures for our accountant to get the 2012 taxes prepped, when I added up my medical insurance premiums along with my prescription drug costs, City of Hope visits G.P. visits, I could hardly believe the little green numbers staring back at me $23,794.86 and I said to myself, "Self, you may be able to write a little bit, but the way things are in the book world, even picking up an advance for penning the next "100 shades of Bondage and Porn," (lets just call it what it was, ok?) isn't going to pay that bill.

So I'm on the hunt, the scavenge, the resume` sending, networking, job board searching, merry-go-round  desperately trying to find employment that puts my endless skill set to use. Your What???? oops I don't have an endless skill set... I used to say "I'm not very smart, but I can lift heavy weights!" not so true anymore :(  maybe this is where I should throw in some New Years Resolutions, (is that allowed even though it's not New Years Eve?) Must start using home gym, (that's still brand new after four years, unless using the equipment as a clothes horse counts as it being used?) Must alter diet, start eating that green leafy crap that I have such an aversion too (unless...does a leaf of lettuce on my burger count as being healthier, because I'll start putting it on if it does?) Must regain my sense of optimism and forge ahead and no matter what the obstacle remain positive. Must stay FOCUSED!

OK, that's enough resolutions for now, whoops, does eating my home made sausage roll as I'm typing mean I just broke the green leafy one? Oh well, bugger it, I'm not in the mood to loose weight now (there goes another one!) now I remember why I don't make those stupid New Years resolutions!

So $23,794.86 out of pocket this past year, I guess I should be thankful that I managed to scrape the money together to pay for it in the first place, and really, I would be but, that season was 3 months ago! I am thankful though, that it stirred me up a little and gave me something to write about, which in turn is making me think about the re-write I need to do on "Stitches." So after my ritual morning search of the job boards, I'm going to start working on the suggestions that my good friends Kathy and Kim gave me, and hope that I can get this bloody thing finally finished and that some drunken fool of an agent or publisher thinks it's good enough to advance me enough money to fill my next Xanax prescription, I'm running out!